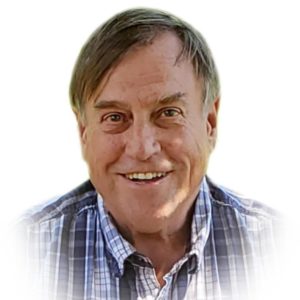 Early on the morning of September 4, 2020, a great man stepped gently through heaven’s door.

His life began on June 3, 1950 in Murray, Utah. Mark Beazer Player and Eva May Adamson Player welcomed their first son into the world and named him William Mark Player. He was greeted at home by four older sisters: Eva Laverne, Minnie, Judy Ann and Marie. The Player family grew as two more children, Bryan Mark and Joyce, joined the family.

Billy, as he was known as a child, grew up in the house his father built in Union, Utah. He attended school at Union Elementary, Midvale Junior High and Hillcrest High School.  One defining point in his life was when his father passed away just days after his sixth birthday. His growing up years were not easy for him, but he found much good amidst the hard.

After graduating high school in 1968, Bill attended Dixie College for a year, then transferred to BYU-Salt Lake. He also joined the Army Reserve.

Bill loved his country, and desired to serve. He served for over ten years. Through the years, he was always proud to stand whenever his army song was played. He honors the flag and always has a tear in his eye as he sees the flag go by or sings The Star Spangled Banner or recites the Pledge of Allegiance.

In 1971, Bill was called to serve as a missionary in the Kentucky Tennessee Mission of the Church of Jesus Christ of Latter-day Saints. He had three mission presidents from whom he learned so much. He served an honorable mission, touching the hearts of many people–including his own.

After returning from his mission, he worked for a few months before beginning his studies at Utah State University in Logan, Utah. He did well in school and made many life-long friends. He graduated with a B.S. in Accounting in June of 1976.

After graduation, he worked for a CPA firm, then took a job in the business office at Logan Hospital. As the hospital began using computers for the first time, he was given much of the responsibility for operations–because he knew a little bit about them and he wasn’t afraid to learn. (One of his words-to-live-by was: If someone else can do it, so can I.)

When the new Logan Regional Hospital opened in 1980, he was given the choice to continue as an accountant or become the supervisor of the new data processing department. He chose the latter–which led to a lifetime of service in Information Systems for hospitals. He has worked for and contracted with hospitals all over the United States for nearly 40 years.

Bill was blessed with a strong work ethic. He loved to work. He had an amazing ability to learn and to solve problems. He was admired and looked upon as a mentor to many in his field.

When he wasn’t working at work, he was working at home. He loved to garden; it was his relaxation. He enjoyed fixing cars, doing woodworking and many other things with hands.

Let’s backtrack a few years, to June 9, 1980–just 6 days after his 30th birthday. Bill had attended USU student wards for 7 years. In June three wards combined for the summer. At the opening family home evening activity he met his future wife, Nancy Homedew. They dated for a few weeks and on July 20 he asked her to marry him. Two months later, on September 20, 1980, William Mark Player and Nancy Lucille Homedew were sealed for time and all eternity in the Logan Temple of the Church of Jesus Christ of Latter-day Saints.

Family has always been important to Bill, and he and Nancy were excited to build a family of their own. In 1981, they were blessed with the birth of their first child, Milena. Michael followed in 1983, and Matthew in 1985. The first three children were born in Logan, Utah. After moving to Simi Valley, California in the summer of 1985, three more children joined the family: Nathan in 1986, Maria in 1989 and Emily in 1991. In 1998, the family returned to Utah and two years later added two more children to their family: Hannah (born in 1991) and Joshua (1994); they had been born in Saratov, Russia. Our eternal family was complete when they were sealed to us in the Logan Temple.

Bill loved and cared for his eight children. And he has been blessed with seven grandchildren: Brooklyn, Ryker, Dallas, Alivia, Navy, Ethan and Bianca. They are truly the light of his life. There’s nothing better than being a grandpa.

Bill Player loved life! He loved his family, his country, his church and his work. But his story wouldn’t be complete without expressing the love he had for his Heavenly Father. Bill was a great example of Christlike love and service.  He shared his testimony of Jesus Christ often through word and deed. He strived to be obedient to the commandments of God that he learned through studying the scriptures–particularly the Book of Mormon–and listening to the words of the prophets.
His favorite scripture is found in the Book of Mormon:  “And we talk of Christ, we rejoice in Christ, we preach of Christ, we prophesy of Christ, and we write according to our prophecies, that our children may know to what source they may look for a remission of their sins.” –2 Nephi 25:26

William Mark Player has passed on to the eternal realms. Surely he was greeted by family, friends and many for whom he has done temple work.

He leaves behind each of us: his wife Nancy, his children and grandchildren, his five sisters and one sister-in-law (he was preceded in death by his brother, Bryan) and their families…as well as many friends, neighbors, colleagues and acquaintances. May we have the faith to believe that we will be together again, for that is God’s plan for us, His children.