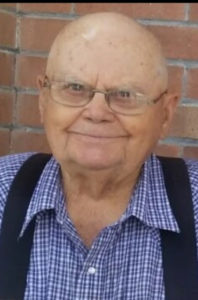 Victor Junior Romer passed away naturally at the age of 92 on Saturday, May 16, 2020 at his home.

Victor was born on July 24, 1927 to Victor William Romer and Sarah Ann Lofthouse Romer. Vic was raised and educated in Brigham City, Utah.

Vic served his country honorably in the Navy during WWII and the Army in the Korean War.

He was a member of The Church of Jesus Christ Of Latter-Day Saints. Vic enjoyed serving in many callings and assignments, he also served as a Stake Missionary.

Vic was a skilled contractor, he owned Romer’s Construction. His work is displayed throughout homes and businesses in Brigham.

He loved spending time with his family, especially the grandchildren and great-grandchildren.

Graveside services will be held Thursday, May 21, 2020 at 1:00pm at the Brigham City Cemetery, 325 South 300 East, Brigham City, Utah with Military Honors Accorded.