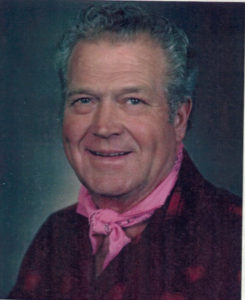 He was born June 28, 1934 in Tempe, Arizona, the son of Clarence Marion and Adella Grey Portis Rowley. He was active in the FFA and graduated from Union High School in Roosevelt, Utah.

He married Joan Shumway on June 3, 1952 in the Logan Utah Temple. They were later divorced. In 1995, he married Ardis Bronson Drury in the Logan Temple. She preceded him in death on March 24, 2016.

He was a Structural Building Mover and was on the Board of Directors for the Structural Movers Association. He loved the outdoors and especially enjoyed hunting. He also enjoying canning and cooking and he had a catering business. He was an active member of the Church of Jesus Christ of Latter-day Saints.

Condolences and memories may be shared with the family at webbmortuary.com