Zantac heartburn medicine are seen at a store in Mountain View, California on October 1, 2019. Drug stores are starting to pull Zantac and its generic versions from the shelf after Food and Drug Administration (FDA) warned that it had found low levels of a cancer-causing chemical, a type of nitrosamine called nitrosodimethylamine, or NDMA, in samples of the drug, which is a probable human carcinogen. (Photo by Yichuan Cao/Sipa USA)(Sipa via AP Images)

CONTRIBUTED CONTENT — If you’ve been diagnosed with cancer or a family member has died as a result of using Zantac, you may have the right to file a lawsuit against the manufacturer and be compensated for your suffering.

Zantac, otherwise known as ranitidine, has been used by millions of people around the world for decades for relief from heartburn and indigestion. However, following months of pressure, the Food and Drug Administration recalled the over-the-counter medication from all shelves across the country on April 1 for its possible link to a variety of cancers.

Tests have shown that when ranitidine is exposed to heat over time in storage, a substance called NDMA will form, and in sufficient amounts, it is unsafe for human consumption. NDMA, N-nitrosodimethylamine, is a possible human carcinogen linked to several types of cancer, including liver, kidney, esophageal and testicular, among others.

Walgreens and CVS stores began removing the products voluntarily in September, and the FDA recommended that everyone stop taking Zantac and all other ranitidine products in tablet or liquid form immediately. Allegedly, Sanofi, the manufacturer of Zantac, may have known about the product’s risks and concealed its link to cancer from the public.

“They need to be held accountable,” said Kevin Swenson of Swenson & Shelley Injury Attorneys in St. George. He said that anyone who has been using the product for over six months and thinks they may have been harmed may have a claim for compensation.

NDMA has many industrial uses and was once widely used for the production of rocket fuel and lubricants. Overexposure to the chemical has been known to cause many side effects, including weight loss, abdominal cramping, diarrhea, enlarged liver, fever, headache, jaundice, nausea, vomiting and reduced functioning of the liver, kidney and lungs.

Long-term exposure to the chemical has been linked to the following types of cancers: 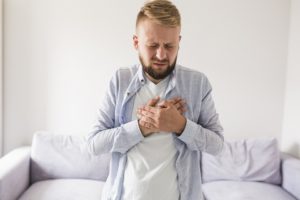 The effects of overexposure to ranitidine are even being seen in young children.

“Particularly, they are seeing testicular cancer in kids,” Swenson said. “It’s bad enough if you do something and you get something, but if your kids get it, it’s so much worse.”

Swenson & Shelley can seek compensation for damages to clients for past and future medical expenses, pain and suffering as a result of injuries caused by exposure to the chemical, lost wages and other punitive fines.

There is no upfront cost. All expenses that are incurred will be picked up at the end, and all of the firm’s attorneys are ready to help.

“The product manufacturers who put dangerous products into our universe need to be held accountable,” Swenson said.

There is no deadline to file a claim, and because there are potentially millions of claimants and billions of dollars involved, it is too early to say how much can be awarded. Swenson says it is best to reach out as soon as possible to get the process started.

“Contact us. We’ll do a free screening. We’ll tell them if they’re eligible and meet the criteria.”