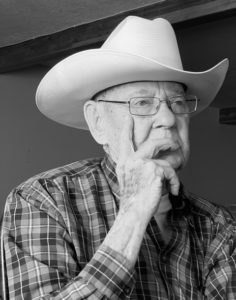 Thane Larsen, 90, of Mink Creek, Idaho, quietly passed away in his sleep, Friday, September 4, 2020 at his Kaysville home.

Thane worked in the movie theater business during his early years. He met and began dating his future wife Margaret on December 24, 1952 until he was called to active duty in the U.S. Army with a reporting date of April 1953. Before departing for active duty, he asked Margaret to marry him and gave her an engagement ring.

Thane changed careers and began to work for the USAF at Hill AFB in July 1959. His work was impactful and a great contribution to the US national security. Thane retired as Director, Specialized Management in 1991.

Thane is survived by his four sons, Roger, Ron (Beth), Ken and Blake (Cynthia) in addition to eight grandchildren and three great-grandchildren.

A celebration of life service was held Friday, September 11, 2020 at 10:00am with a small service honoring Thane at 11:00am at Lindquist’s Layton Mortuary, 1867 North Fairfield Road, Layton, Utah. Thane and his late wife Margaret will be laid to rest together in Ogden at a future date.