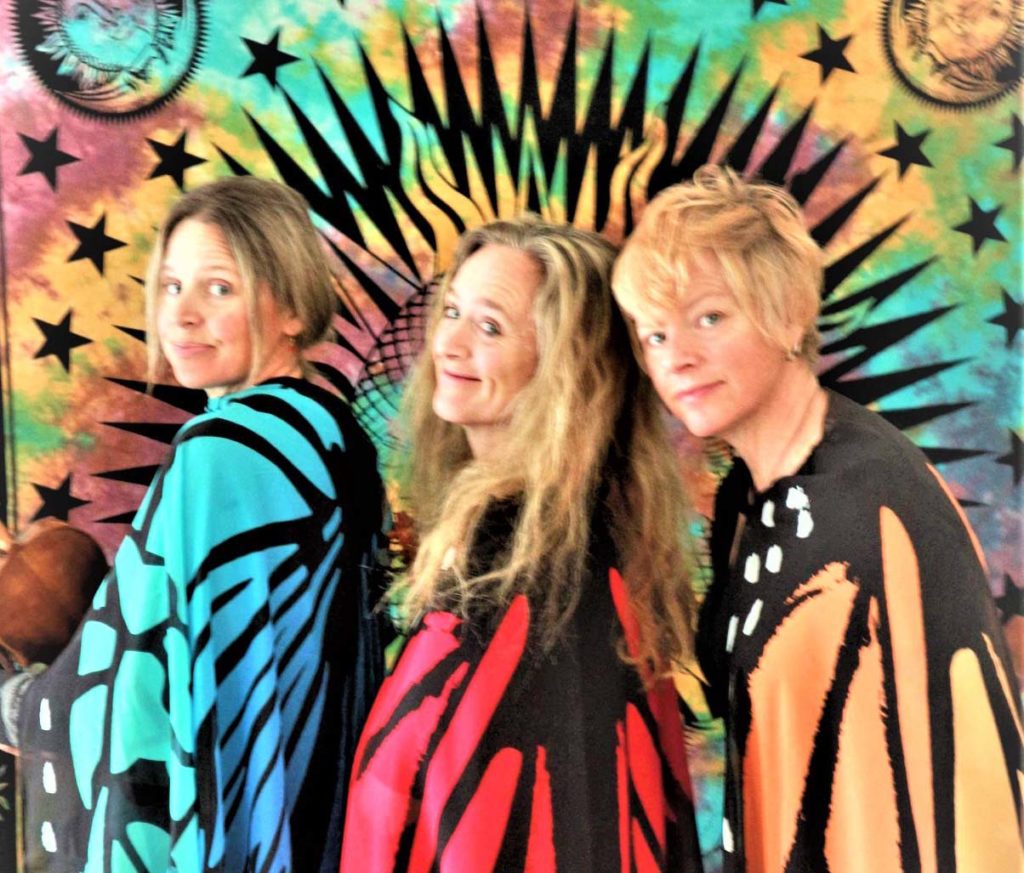 LOGAN – The local trio Wildwing will provide folk music with a Celtic flavor and much more at the next event in the Random Acts Community Performance Series at the Ellen Eccles Theatre on Main St. in Logan.

The members of Wildwing are Anna Watkins Anawalt, Jessa Young and Amy Nelson. The sisters are natives of Mendon who grew up in a multi-talented musical family.

The trio is led by Anawalt, who is well known locally as an award-winning songwriter and music teacher. She plays piano, fiddle, guitar and drums. She has performed in the concert series at the Logan Tabernacle, as “Fiddlin’ Momma,” with the Cache Valley Bluegrass and Celtic Music Connection and with local cowboy/country band Xavier Hat and the Dead Man’s Band.

Young is an avid composer, performer and teacher who actively advocates for world peace.

Nelson is an outdoor enthusiast with a deep appreciation of diverse cultures, music and art.

Anawalt says that guest artists will also perform during the Wildwing event.

The Random Acts shows are low-key events featuring local artists that are intended to lure Cache Valley’s performing arts community back to the Eccles Theatre during the ongoing coronavirus pandemic, according to CacheARTS director Wendi Hassan.

Events in the Random Acts Community Performance Series will be an hour or less with no intermission to reduce the chance of mingling in the theatre’s aisles and lobby.

Seating will be limited to approximately 100 ticket groups within the 1100-seat Ellen Eccles Theatre to ensure social distancing.

A separate entrance that by-passes the theater’s lobby will be available for attendees who feel the need to take special precautions to avoid public groups.

The wearing of facemasks is mandatory at these performances.

The Random Acts Community Performance Series is supported by the Wasatch-Logan Arts Foundation, the Cache Valley Visitors Bureau, the Cache Chamber of Commerce and the Logan Downtown Alliance.