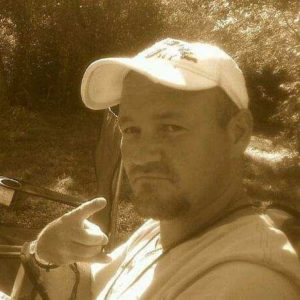 He was born on February 16, 1979, to Brian Scott Hore and Cyndi Lee Jorgensen.

Shad enjoyed fishing, hiking, cougar hunting and anything outdoors. He was also big into sports and always included his kids to join in. He was very involved in wrestling with his son.

Shad always considered himself “The Honeyville Boy” because of where he was raised. Little kids and babies were always drawn to him. He had a great childhood and enjoyed growing up with two rambunctious brothers.

Shad married Melissa Karren. They have three children, Wyatt, Hailey, and Payton. They were later divorced. Then Shad met the love of his life, Natalie Hatch. He added Ryker to his family. Natalie and Shad had many great adventures together.

He is survived by his children; brothers, Benjamin (Heather) Jorgensen and Khord Mehl (Megan O’Grady); mom, Cyndi Jorgensen; step-mom, Linda Hore; grandma, Shirley McBride; and many aunts and uncles and nieces and nephews; step-brothers and sisters.

A celebration of life will be held at a later date.