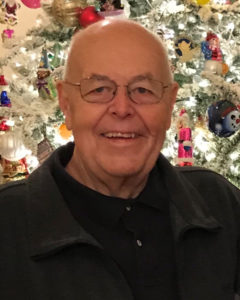 Bob was born September 15, 1945, in Salt Lake City, Utah, to David O. and Edith M. (Nielsen) Williamson. He was the fourth of their five children. He attended and played football at Utah State University and Oregon Institute of Technology.

While at work, he met the spark and love of his life, Lola Lee Kunz. They were married July 9, 1965, and began to accomplish their dreams together.

Bob grew up in Logan, Utah, and learned the value of hard work and accomplishing anything he set his mind to while helping his grandfather, Adam Nielsen. He was steadily employed, beginning with a paper route at 9 years of age, to ultimately working at various locations managing cost estimating and analysis for the Department of Energy on a variety of projects including Idaho, Texas, Colorado, Washington, and back to Idaho, where he finally retired at age 70. His life was the example of dedicated work and doing a job right.

He was a master carpenter and woodworker, creating custom items, many with special carved touches for all his family. His workshop always had a project ranging from finely detailed carved ducks to desks and tables to cabinetry. This skill served as a great asset as they often moved with work and he always repaired and finished each new house they purchased.

Bob was a champion of American freedoms, patriotism, and was always reading a book about history. He served on the Ammon City Council for two terms in the 80’s. He enjoyed having the American flag flying in his front yard.

He was an advocate for always learning and developing your skills and mind whether through reading or digging in and figuring out step by step. He has spent countless hours tutoring his children and grandchildren on any given project or subject they were working on.

The major driving force for his life was his love for his wife and family. Bob and Lola were the ultimate example of marriage and made each other better. Once she passed away, a part of him was missing. Family was everything to him and he was always happiest sitting in the middle watching and listening to all the activity. He loved attending the many activities his children and grandchildren participated in including lacrosse, volleyball, football, basketball, swimming and rodeos.

He was preceded in death by his wife, Lola; both parents; and one brother, Joseph.