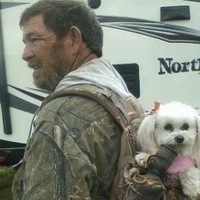 He grew up in Malad, Downey, and Inkom areas. He graduated from Marsh Valley High School in 1970.

He married Kathy Wheeler Smith. From this union they had two children Dennis and Kelli.  They later divorced.

In 1984 Randy went to work for Thiokol in Promontory Point, Utah where he worked up until his retirement in 2011.

While working at Thiokol he met the love of his life Cathy M. Hubner. They married in December of 1986. She brought to this marriage two children (Chris and Chloe). In 1999 Randy and Cathy adopted Kaila M. Hall.

All who knew Randy, knew he was always loving and was always there give a helping hand.

Per Randy’s wishes  No Services will be held.

Condolences and memories may be shared with the family at horsleyfuneralhome.com