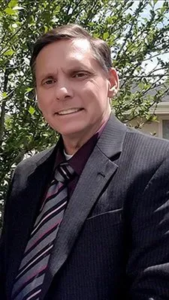 Quin Royal Stringham, loving father, grandfather, brother, and son passed away in West Jordan, Utah on the morning of August 29, 2020.

Quin was born on July 14, 1963 to Arnold James Stringham and Ellen May Rollins in Ogden, Utah as the fifth of twelve children.

Quin went to Cottonwood High School where he made lifelong friendships and continued to meet with those friends at least once a year.

He served a mission for the Church of Jesus Christ of Latter-Day Saints in Rochester, New York from 1982-1983.

Upon returning, he attended the University of Utah. After his studies he started working for Delta Airlines in 1988 and later, became a Customer Experience Manager for the airline.

Quin loved sports. He was a Boston Red Socks enthusiast, Jazz and BYU fanatic, and New England Patriots superfan. He was very proud that he owned exactly sixty baseball hats, over half of which had one of his favorite team logos.

Family was the most important thing to Quin. He absolutely loved spending time with his kids and grandkids. He anxiously anticipated the next time he would see his sweet grandkids and needed a picture with them every time. He would drop everything and anything he was doing to take care of his family members the second he knew he was needed. He was kind and caring, and loved the Gospel of Jesus Christ.

Condolences and memories may be shared with the family at Sunset Valley Mortuary.