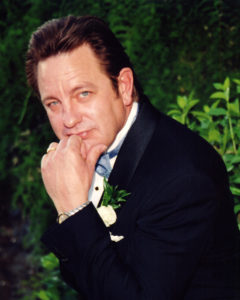 Norman Bradley Stockton, 64, of Idaho Falls, Idaho passed away on March 8, 2020, peacefully at his home. He was surrounded by his wife and children, and will be forever missed.

Brad was born March 20, 1955, in Fort Carson, Colorado, to Norman Eugene Stockton and Gwenneth Olive Ingram Stockton. He always described his childhood as one with many adventures, and because his father was a Lieutenant Colonel in the Army, he and his siblings moved frequently and were often known as “Army Brats.” While in high school, he was involved in wrestling and scouting, he achieved his Eagle Scout Award upon graduation from Logan High School, in Logan, Utah.

Brad married Diane Brimley in January 1975, shortly after, Brad enlisted in the Navy and they departed to San Diego, California, for Boot Camp. Brad had the opportunity to train in Vallejo, California, and specialized in Nuclear Electrical Engineering. After completion, they moved and resided in South Carolina. Brad traveled to Spain where he and his submarine mates would train for long submersions, up to two months at a time.

After the birth of his daughter in 1980, Brad moved to Idaho Falls, Idaho, which he called home, though his consulting work took him all over the United States. He initially trained and prepared new Navy recruits. Through the Navy, he furthered his education at Idaho State University in Nuclear Engineering and Thermal Fluid Science. Brad always prided himself in his diligent study and excelled academically.

Brad had two daughters, Nicole and Kimberly, and through his second marriage to Kristine Halpin in 1992, he was lucky to assume two more daughters, Kylee (McKenna) and Amy (Martin). They had many travels but mainly resided in both North Carolina and Illinois. He loved taking his kids to the beach and later to pro games in Chicago; he loved Wrigley field and being a Cubs fan. He and Kris welcomed their son, Zane Bradley, into the world in March of 2000. He loved and adored all of his children.

On May 8, 2004, he married Mary Lorraine Meisner in Las Vegas, Nevada. Brad and Rainey made their home in Idaho Falls, Idaho where he continued working as a Nuclear Engineer. Brad loved the outdoors and throughout his life he had many adventures on foot, horse, automobile, motorcycle, skies, and planes, especially when he was the pilot. He and Rainey were avid Harley Davidson riders, enjoying motorcycle trips while fine tuning and trimming out their bikes. He loved hunting with his friends, son, and son-in-law, and was overjoyed to have a moose hanging in his entryway. He had many fond memories on the South Fork of the Snake River and surrounding areas fishing with his wife and children.

He had a passion for cooking and baking, he loved hosting dinner parties and preparing fine cuisine. Over the years, he acquired many tried and true recipes for his recipe book, leaving fond memories for his family to delight their taste buds. His hobbies included woodworking and building with his hands; he was particular in his workmanship and created many beautiful works of art throughout his life. He passed down his love for the slopes to his children and grandchildren. His favorite pastime was camping, especially at Copper Basin. He loved big fires, shooting guns, and admiring the stars. Brad was a romanticist; he was an amazing singer and was lucky to find an equally talented singer in his wife, Rainey. Together, they shared their love for one another singing and recording music together.

No services are being held at this time.

Condolences and memories may be shared with the family at woodfuneralhome.com