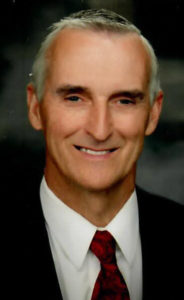 (Messages and views expressed herein reflect the opinion of the author and not necessarily the will of the deceased.)

His body betrayed us all after a month long battle with kidney cancer. He was able to spend his last day at home surrounded by loved ones.

He died as he lived, sleeping sitting up while his wife and children talked around him.

As a daughter, begging him to take one more breath is the only time I remember him not responding immediately when I needed something. The world is darker without his light in it.

Neal was born in Bloomington, Idaho on January 25, 1955, the eighth of nine children. As a baby, toddler and young boy he gained a reputation for being calm, sweet, and gentle. Was he actually all those things, or were they just comparing him to his rambunctious older brothers? There is no way to know for sure. At any rate, he was adored by his family and loved his childhood playing and working on the family farm.

His family later moved to Kaysville, Utah where he attended Davis High School and kept in shape for the wrestling team by hauling hay and keeping up the farm in Idaho.

After serving honorably as a missionary for the Church of Jesus Christ of Latter-day Saints in Dusseldorf, Germany he met and married the love of his life, Karen Johnson. He always admired her energy and humor and together they build a life they loved.

Neal loved fishing, spending time outdoors with friends and re-reading The Lord of the Rings. With the free time he had with the COVID-19 shut downs over this past summer he built a swing set, a pergola and a deck so that his children and grandchildren could gather more comfortably. He loved working in his yard and his dream job would have been to be a gardener.

Having too many children to support on a gardener’s salary, Neal graduated from Weber State University in 1981 with a bachelor’s degree in engineering and began a career as a manufacturing engineer. In 1986 he changed his mind and his wife and four little girls supported him as he earned his Doctor of Jurisprudence degree. In 1990 he graduated from Samford University and re-started his career as an attorney. He enjoyed his job as Assistant Attorney General for the State of Utah.

Dad loved to annoy his children by being excessively cheerful in the morning, and he routinely woke us up to read scriptures as a family despite near constant complaining.

When his first grandchild was born the word “no” disappeared from his vocabulary. He could often be found in a chair with a child on his lap reading a story. His grandchildren could always count on one more push on the swing or one more game to play with their ‘Pa.

Dad was a deeply spiritual man and served in many assignments for his church. He especially loved working with the youth as Bishop and Scoutmaster and willingly did anything that was asked of him.

He was hard working and served everyone around him. The snow will pile up around the block without him to clear everyone’s walks before he goes to work in the morning.

Neal Hart was a man of integrity and a true disciple of Jesus Christ. His loss will be felt daily by friends, neighbors, coworkers and all who were blessed by his quiet, steady presence.

Due to COVID-19 restrictions, funeral is limited to invitation only.  Services will be live-streamed Friday, September 18, 2020 at 10:00am by clicking here and scrolling to the bottom of Neal’s obituary page.