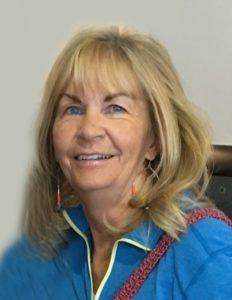 Nancy Ila Nelson was born on July 9, 1952, in Brigham City, Utah, daughter of Keith Stanley Nelson and Ila Mary Hansen. Nancy passed away on August 29, 2020, in Ogden Utah, after a courageous 4 month battle with cancer. She was 68 years young.

Nancy’s early years were spent on a ranch in Lynn, Utah. She and her siblings attended a one room schoolhouse where the teacher taught grades 1-8. It was only a mile down the road, so all the kids rode horses bare back with only a bridle. When Nancy’s oldest brother Wayne was old enough to go to High School, Keith and Ila bought a farm south of Burley so the kids could continue their education. Nancy was in grade school when she started Dworshak Elementary.

Later she attended Burley High School where she was involved in many activities including the Stepperette Dance Team. She graduated Burley High in 1968 then attended Ricks College.

In the summer of 1972, she and her sister Susan flew to Germany and lived with her brother Wayne who was serving in the US Army and stationed in Berlin.

Gary and Nancy dated for 3 years and were married December 12, 1974 in the Logan Utah Temple. They moved to Hagerman, Idaho where Gary was in the farming business. They were blessed with 4 children, Ashley, Tyler, Shauna and Keli. Once the children were raised and gone, Gary and Nancy moved to Twin Falls where Gary was involved in construction and land development.

Nancy was a member of The Church of Jesus Christ of Latter-day Saints and served willingly in many callings. She was loved by all. She was a supportive and caring mother to her children and thoroughly loved being a grandma to her 12 grandchildren.

A family graveside service will be Tuesday, September 1, 2020 at 11:00am at the Logan City Cemetery. A luncheon will follow at Virgil Gibbons Heritage Park, 2456 South 800 West, Nibley, Utah.

A celebration of life will be held in Twin Falls at a future date.

In lieu of flowers, the family suggests that donations be made to the Huntsman Cancer Institute.

Graveside services may be viewed live or later at www.facebook.com/myersmortuary