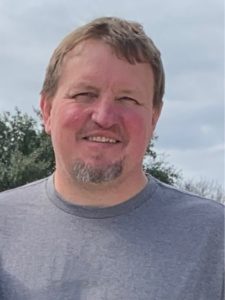 He was born on June 20, 1971 in Tooele, Utah to Julie Skidmore and Reed Skeem, he was the third of six children. He attended Grantsville schools and graduated from Grantsville High School in 1989.

He then served a two-year mission for The Church of Jesus Christ of Latter-day Saints in Houston, Texas. After his mission, Mike attended Utah State University and graduated with a Bachelor of Engineering.

In 1996 Mike married Aleece Mumford, taking in her young daughter, Brooke, with open arms. Together they were blessed with four children, Rylee, Devan, Hallie, and Kaden. They later divorced.

Mike married Derri Crill in 2012, adding her daughter, Ashley, to the family. In 2013 they were blessed with a baby girl, Dasha. He later became a grandfather to Ashley’s son, Anikin.

Mike’s first priority in life was his family, and he loved his children more than anything. He always said a person’s only reason for being here is to make a family. If given the choice, he would have kept extending his forever. He loved being a dad, and was so excited to become a grandpa again in June. He had many other passions; he loved the outdoors –camping, fishing, and hunting in the Uintas, grabbing the decoys and hitting the marsh for a day of duck hunting, or just day shooting.

He had a definite green thumb, and could grow absolutely anything. He was so proud of his garden. He loved to be out tinkering in the yard surrounded by his chickens. He was an amazing chef and BBQ master, and loved to wake his kids up every morning with breakfast. He always looked forward to cooking up the best dinners for holidays or throwing a BBQ together to gather the family for the day. If all else failed, he loved to jump in the truck and go bummin’, and his kids always knew exactly what that meant.

His knowledge was unsurpassed, anyone knew to ask him if they needed to know anything. He was the smartest man in the world, and he loved being told that all of his children inherited that trait. He taught his children the importance of hard work and determination, he was extremely proud of all their accomplishments and was so excited to see where they would take their futures.

Mike felt so fortunate to become part of the Whitaker Construction family in 2017. Working as a senior project manager, he was so grateful for the opportunities the company provided him and the forever friendships he made, this included his Rapport family. He truly loved his job and was looking forward to his future endeavors. He even coined the phrase, “The grass isn’t always greener on the other side, sometimes it’s orange.” His outlook on life forever changed when joining this team of extraordinary people, and he considered himself the luckiest person in the world and was thankful they were by his side in his last days.

Mike is preceded in death by his mother, Julie, and his sister Teresa. Mike is survived by his wife, Derri, and his five children, Rylee (Mike) Cruz, Devan (Lauren), Hallie (Coy) Larsen, Kaden, and Dasha. Also survived by his father, Reed, two brothers, Russell and Travis, and two sisters, Jennifer and Amanda.

No funeral services are planned, but a Celebration of Life will be held at a later date.

If you are contemplating how you can help, a Memorial Fund Account has been established at Elevate Credit Union. Call 435-723-3437 and ask to donate to the Mike Skeem Memorial Fund. His family thanks you for your kindness.

Condolences and memories may be shared with the family at daltonhoopes.com