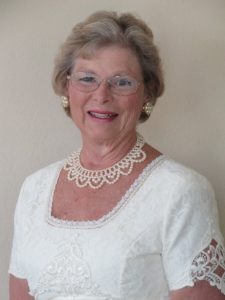 Marguerite Fae Benson Whitaker of St. George, Utah, passed away on May 12, 2020.

She was born on February 13, 1943, in Takoma Park, Maryland, the fifth of six children born to Elizabeth Ruth Horton Benson and Serge Nelson Benson. Marge and her siblings have fond memories of their childhood and growing up in our Nation’s capital where her father was employed. She performed with a local quartet at many community functions and Church dances. She attended Montgomery Blair High in Silver Spring, Maryland.

Marge led an exciting and challenging life. While their home base was Logan, Utah, from 1970 to 2011, she lived in four different Latin American countries during that time: Brazil, Bolivia, Ecuador and Mexico for a total of 13 years along with another four years in Washington, D.C. She had eight children that she had to move to new homes in foreign lands and the Nation’s capital. One of her girls was born in Rio de Janeiro, Brazil, and another in La Paz, Bolivia, while a son was born in Alexandria, Virginia.

Marge was very accomplished. She was fluent in Portuguese and Spanish. She completed her B.S. Degree in English Literature at USU in 2009 and was the oldest graduate that year. While in Bolivia, she took painting lessons and sold many of her paintings at an exhibit at the U.S. Embassy in La Paz. She did handiwork and quilting and gave hand-stitched quilts to all her children and some grandchildren. An accomplished cook, she was famous for her apple pie, clam chowder and braided bread. She crocheted numerous afghan and baby blankets, which she gave to children and grandchildren. Finally, she tried her hand at poetry and included many of her poems in her life history, which she completed in 2015.

Marge was very compassionate and kind by nature and quick to help those in need.

An active member of The Church of Jesus Christ of Latter-day Saint, she served faithfully in various Church callings, including mission Primary leader in Bolivia and Stake Young Women president in Ecuador. In 2001, she was called as a full-time missionary and went to Mexico City to serve as companion to her husband who was president of the Mexico City East Mission. They returned to Logan in 2004, then moved to St. George in 2011.

Attendance will be in full compliance with the State of Idaho regulations for social distancing to help control the spread of the Coronavirus. Attendance is restricted to 50 people and is by invitation only because of Coronavirus. We hope you will understand.

A live webcast of the funeral service will be available at the following link: https://youtu.be/OMUsMsxISx8. The webcast can be viewed at any time after the funeral by going to the Rasmussen Funeral Home website.

Interment will follow at 2:00 pm in the Sunny Cedar Rest Cemetery in Almo, Idaho, alongside her husband’s parents.

Donations made to The Church of Jesus Christ of Latter-day Saints Charities in lieu of flowers.