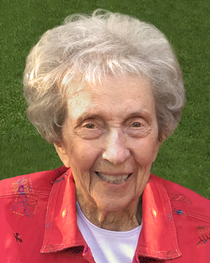 Lynette Peebles Matteson, age 88, of Utah, passed away peacefully with her children by her side on May 11, 2020 at Maple Springs Memory Care in North Logan, Utah.

A mother, grandmother, and great-grandmother, Lynette was born on October 1, 1931, in Swainsboro, Georgia, to Sidney and Nina Kitchens Peebles. She graduated from Sycamore High School in 1948 at age 16 and left the farm for Martha Berry College near Rome, Georgia.

Lynette was ahead of her time, walking an extra four miles a day to take business classes on the “boy’s campus.” She paid for her education completely by working at Berry and in 1952 earned her bachelor’s degree in Business Education. She cherished her years at Berry and had many fond memories of her time there.

After three years working in Atlanta for Rich’s Department Store, Lynette joined the American Red Cross and was assigned to Wurtzberg, Germany as a secretary to the commanding officer. Soon after her arrival, Lynette took driving lessons while waiting for the delivery of her new VW Bug.

While in Germany, Lynette met and married Richard B. Matteson, a Captain in the Army, who was serving as a dentist. In 1958, they made their way back to Dick’s hometown, Tucson, Arizona. Lynette worked at Valley National Bank as a secretary until the birth of their first child, Sydney Michele. Three and a half years later they added a son, Richard Buzan Jr., to their family. Mom always said that what she loved most in her life was raising her kids. She was also very involved in the Tucson Dental Auxiliary and the Junior League.

In the early 1970’s, as a new divorcee, Lynette enrolled in graduate school at the University of Arizona, earning a Masters in Business Administration. On her graduation day, she was already busy in Real Estate school, learning a new profession which would become a very successful career for more than 25 years. In between selling houses, Lynette always found time to keep her children involved in meaningful activities, host gatherings for them and their friends, take them camping all over the southwest, and travel to Georgia to visit family one or two times a year.

In her later years, Lynette was active at Catalina Foothills Church and cherished the friends she made there and her weekly Bible Study. Lynette loved reading a good historical fiction or murder mystery, staying current on local and world events, cooking, eating, and sharing delicious food, watching college basketball, traveling the world, and especially spending time with her kids and grandkids.

She visited more than 40 countries, traveled to see Rich and Sydney and their families often, and also took all of her grandchildren on a “senior trip” when they graduated from High School.

In April, 2013, after a wonderful 55 years in Tucson, Lynette moved to North Logan, Utah to be closer to Sydney and her family. Rich and his family visited often and even though she started suffering more from the effects of dementia, mom truly enjoyed all of the extra family time.

She was preceded in death by her parents; her brother and sister-in-law, George and Mary Peebles; and her sister Margaret Ann Peebles.

Cemetery: About 9 miles NW on GA Highway 57 towards Kite, left on Cowford Bridge Road, about a mile in on the left behind the church.

In light of CDC recommendations, please adhere to all social distancing guidelines and suggestions.

We may be able to broadcast the service. If you would like to attend virtually, please email Rich at rbmatteson@gmail.com.

In lieu of flowers, contributions may be made in memory of Lynette Peebles Matteson to the Berry College Emergency Student Relief Fund recently established to assist current Berry students with financial hardship due to COVID-19. “Save a Student Fund” Donation online: www.berry.edu/gift or Mail: Berry College, PO Box 490069, Mount Berry, GA 30149.