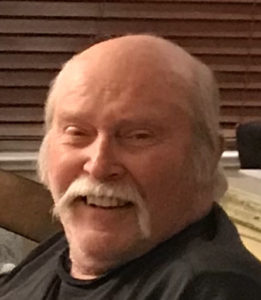 Leon was born January 27, 1945 in Brigham City, Utah a son of Aaron Snow and Alice Wheatley Snow.  He was raised in Perry and attended Perry Elementary and graduated from Box Elder High School.

He served an LDS mission in the Southern states that included Georgia, Alabama and Florida.  Leon served his country honorably as a Sargent in the Army Reserves during the Vietnam War.

He married his sweetheart Rozanna Benson on July 19, 1968 in the Logan Temple.  Leon loved his family and enjoyed being with them.  He was a member of The Church of Jesus Christ of Latter-day Saints, serving in several positions from Bishopric to Primary.

Some of Leon’s hobbies were painting cars, fishing, camping, trips to the Oregon coast and riding motorcycles with a special affinity for Harley-Davidson’s.

Leon has many friendships and his generosity was unparalleled.  He was the first person there to help anyone in need.  Leon spoiled many loyal dogs throughout his lifetime.

He was extremely proud of his children and grandchildren and would tell anyone about their accomplishments.  Leon greatly helped his sister-in-law and even tucked in an extra four kids under his fatherly wing. For his efforts, this afforded him 13 bonus grandchildren and two great-grandchildren.

Leon was preceded in death by his parents, Aaron and Alice Snow, Winston and Katie Benson and son, Matt Snow.

Virtual graveside services will be held at the Brigham City Cemetery, 325 South 300 East, Brigham City, Utah with Military Honors Accorded. Viewing the live stream of the services can be viewed by clicking here.

In lieu of flowers, donations to help cover his medical expenses are appreciated.  Donations can be sent to Members First Credit Union in Brigham City, Utah under Rozanna Snow.