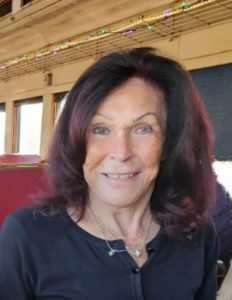 Mom was born in her grandmother’s home in Kanosh, Utah on September 5, 1929. She lived with her parents, Harvey Talbot and Lareen Penny Talbot in Lynndyl, Utah. Mom remembers not having much during that time but then no one else did either.

She remembers her dad working on the railroad and she was able to ride the trains quite frequently. She lived in a small home that also had a ‘root’ cellar where produce was stored for the winter. She remembers reluctantly having to go in there to get stuff and seeing a snake or two, usually blow snakes that had made the cellar their home. She remembers playing at the sand dunes and going to Porter Rockwell’s abandoned ranch at times.

When mom was about 16, they moved to Willard where she finished her education at Box Elder High School.

When she was 20, she married Alvin Wells and the marriage was later solemnized in the Logan Temple. For the most part mom was a stay at home mom. She would work seasonal jobs such as at the Perry cannery or at a local nursery.

Mom and dad liked to travel; going to Washington DC and many other parts of the country and on a few cruises until dad became unable to travel and mom’s time was spent taking care of him until his death in 2016.

Mom is a member of the Church of Jesus Christ of Latter-day Saints and served in various positions in the Willard wards.

Thanks to those at the Brigham City Hospital, Hospice and Myers Mortuary.

Due to COVID-19 the family encourages masks and to follow social distancing.