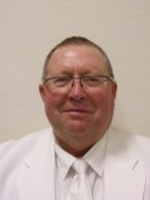 On June 23, 2020, Kirk Jay Widmer, our loving husband, father, grandfather, and friend returned to his heavenly home at the age of 63.

Kirk Widmer was born on September 18, 1956 in Montpelier, Idaho to Merrill and Janet Lee Widmer. He was the oldest of five children, including Deanna Jacobs, Kathleen Casey, Lisa Lofthouse, and Steven Widmer. He grew up in Geneva, Idaho. As a boy, he worked on his family’s dairy farm.

He served a mission for The Church of Jesus Christ of Latter-day Saints in the Alberta Saskatchewan/Canada Calgary Mission from 1975-1977.

After his mission, Kirk met his sweetheart, Janet Bingham at Brigham Young University. They were married on December 15, 1978 in the Provo Utah Temple.

They returned to the valley a few years later, where he built his own home and began dairy farming with his father. He operated a dairy and feedlot in Geneva and loved the challenge of improving the farm.

He loved to travel and enjoyed seeing new places and meeting people. Kirk and Janet owned and operated a small trucking company for several years and traveled throughout the United States and Canada.

He served as the Bishop of the Geneva Ward, High Counselor in the Montpelier South Stake, and Temple Worker in the Afton Wyoming Temple. Some of his fondest memories were serving with the people in the Afton Temple. He had a great love for the people he served with. Kirk enjoyed teaching and working with the youth and had an influence for good on those he counseled and taught. He had a strong testimony of the Savior Jesus Christ and of freedom, faith, service, and work.

He had unquenchable optimism, ambition, and motivation. He made everything fun and welcomed everyone as his friend. He often said to his kids and grandkids, “You’re somebody great.” We love you, Dad.