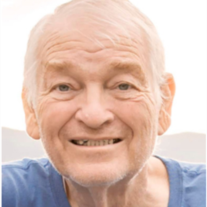 Kenneth Wayne Tenny passed away peacefully on his birthday, February 22, 2020, at the age of 73 after 12.5 years of fighting Leukemia.

He is survived by his wife, Joy Ellen Tenny, and his 7 children, their spouses and 22 grandchildren.

He was born on February 22, 1947 to Wayne and Jessie Tenny in Portland, Oregon. He was exposed to the Church of Jesus Christ of Latter-day Saints through the Youth Basketball program and joined the church in 1965. A year later he served a 2 year mission in Chile.

He married Joy Reep in the Oakland Temple on June 17, 1971. He graduated from Portland State with a degree in Mathematics in 1972. Ken and Joy lived their first year in Beaverton, Oregon, then 5.5 years in Seattle, Washington, 13.5 years in Bellingham and Deming, Washington and 24 years in Nine Mile Falls, Washington. In 2015, they moved to Logan, Utah, where he spent the remainder of his days.

He was very active in both Church and Community. He was a Little League Baseball and Basketball coach for decades supporting his children and the community. Among his other community service activities he served as Scoutmaster for several years and was the President of the School Board. He loved basketball and played until he was 67 years old and loved watching College basketball. On the day he passed, he would have loved to have seen the BYU upset of Gonzaga. He loved his family, his friends and his membership in the Church of Jesus Christ of Latter-day Saints.