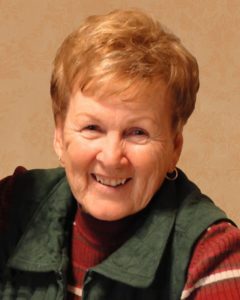 Our loving wife, mother, grandmother, great-grandmother, sister, aunt and friend, Joyce Coon, 83, passed away peacefully on Tuesday, February 18, 2020 at her home surrounded by her family.

She was born on May 5, 1936 in Lewiston, Cache, Utah, a daughter of Cecil and Melita Van Orden LeFevre. She graduated from North Cache High School in 1954.

She was swept off her feet by an unusually talented, handsome handy man named Robert Coon and they married on July 6, 1990 in Brigham City, Utah. Their marriage was later solemnized in the Logan Temple.

She was an active member of the Church of Jesus Christ of Latter-day Saints, where she served two missions: one in Nauvoo, and one at the Bishops Storehouse in Brigham City. Her favorite calling was Nursery Leader.

Joyce was an avid golfer belonging to the Brigham City Ladies Golf Association for many years. She enjoyed her time spent with the ladies.

The family would like to thank Bristol Hospice for their loving care.

In lieu of flowers the family requests donations be made to your favorite charity.