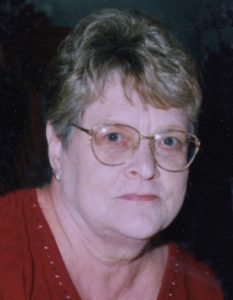 Janice was born on January 18, 1937 in Tremonton, Utah to Kenneth Leroy Anderson and Fern Cooke Anderson. She graduated from Bear River High School in 1955.

Janice met the love of her life J. Lamar Gardner at Crystal Hot Springs and was later married on May 23, 1958 in Garland, Utah. On their anniversary in 1962 they were sealed in the Logan Utah temple.

Janice and J. had started their life in Ogden, Utah and later settled in Deweyville, Utah. Throughout her life Janice worked at Hill Field, IRS, and American Greetings, but her favorite job was being a Mother.

Janice was a member of The Church of Jesus Christ Of Latter-day Saints and held various callings in the church. She always had a special place in her heart for the gospel.

Janice had many hobbies throughout her life such as supporting her grandchildren in all activities, camping in their motorhome, arrowhead hunting out west, sketching and painting Native Americans, attending auctions, going on cruises, women’s bowling, collecting glassware, Elvis, and watching RSL soccer games. Janice was part of the Golden Spike Bowmen and won the Women’s State Championship in 1967 holding the highest women’s score in indoor contests.

One thing Janice was most proud of was the time she bought her own car at the age of 19, a 1957 Plymouth. Not only did she pay for it herself, she and her sister Linda took the greyhound bus alone to Detroit to pick it up and drive back to Utah.

She was preceded in death by her husband J. Lamar, her parents Kenneth and Fern, and sister Lola. Above all her greatest treasure was her family; she loved her children and grandchildren more than anything. Janice will be remembered most for her constant smile and caring personality.

Graveside Service will be held at the Deweyville Cemetery at 12:00 Noon.

The family would like to specially thank all of the nurses, doctors, and staff at the Bear River Valley Hospital during her last days.