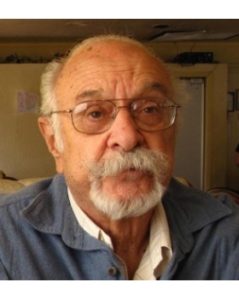 He was born January 18, 1931 in Logan, Utah to Heber Floyd Thornley and Glenda Phillips Thornley, the oldest of 3 children. He was given the first name of James, after both grandfathers, however he was called Bruce throughout his life by his family and friends.

Bruce grew up in Logan for most of his youth, but also lived in Montana and Wyoming during his early teenage years as his father was transferred there with his employment. The family returned to Logan in 1947 where Bruce graduated from Logan High School.

In 1950, as a 19 year old, he was called up to active duty with the local National Guard Unit, the 204th Field Artillery Battalion, and served in the Korean War for 18 months. Following his return he attended and graduated from Utah State Agricultural College (USU), with a Bachelor’s Degree in Zoology.

Bruce married Dalene Christensen in the Logan Utah Temple on September 17, 1956, and they are the parents of three children, Julianne, James and Michael. They were happily married just a few days short of their 64th wedding anniversary.

Bruce began working for the United States Department of Agriculture at age 16 alongside his father. Following his marriage and graduation from university he was hired as an entomologist. He and his wife moved to Cheyenne, Wyoming where he worked in insect pest control for 5 years. He was then transferred to Phoenix, Arizona where he continued this work. He rose to the position of state supervisor for the USDA in Arizona, supervising all employees in insect control of crops and rangeland. He traveled throughout the western US heading numerous projects for controlling pests like grasshoppers, MedFly, and Mormon Crickets. He was an organized and effective leader, and was well-liked by those who worked with him. He was admired for his ability to draw maps and his faultless attention to computation, details and logistics. He was sent by the USDA to Guinea-Bissau, Africa and Guatemala to work with local leaders on their efforts to eradicate insects that were destroying crops. He retired in 1992, having worked for 45 years in federal service.

He was an avid hunter and admirer of all things of an outdoor life. He hunted deer, antelope, moose, fowl and javelina. He enjoyed fishing, camping and just spending time in God’s creation. He was expert in reloading and enjoyed the meticulous detail of the hobby. He was admired for his beautiful penmanship and loved finely crafted writing instruments.

Bruce was a kind, reserved, hard working man who had a great love for his immediate and extended family.

Condolences and memories may be shared with the family at Relyea Funeral Chapel.