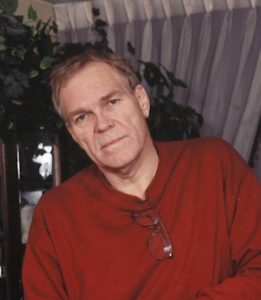 Our beloved husband, father, grandfather, brother and uncle, Ellis Nelson Child, returned to his heavenly home on September 11, 2020. He leaves a legacy of generosity and love.

Ellis was born on January 11, 1943 to Kenneth P. and Iris M. (Alger) Child. He married Carol Ione Dalley on April 17, 1964 in the Church of Jesus Christ of Latter-day Saints Temple, Logan, Utah. They were blessed with a son, David, and a daughter, Michelle (Shelley).

Ellis was born in the old Dee Hospital in Ogden, Utah. His family lived in Roy, Utah; and later moved to Lewiston, Utah; and Weston, Idaho. After marrying, they bought their first home in Tremonton, Utah and then Riverdale, Utah, and for a time lived in Brunswick, Georgia. Home was always the hills of Weston, Idaho.

Ellis was a wonderful husband and father with keen wisdom and a sharp sense of humor that was sometimes a bit irreverent. He was a very active member of the Church of Jesus Christ of Latter-day Saints, serving in numerous positions, including as Young Men’s President, High Priest Group Leader, ordinance worker, ward clerk, stake clerk, and Scout Master. He served an honorable mission in the Gulf States, USA. He was a member of the Lion’s Club, Kiwanis Club (Georgia), and the United Way.

Ellis graduated from Westside High School in Dayton, Idaho. He was also a proud Utah State University Aggie where he earned his Bachelors of Science in Accounting, but he never stopped learning. His hunger for knowledge never ended.

Growing up on a farm taught him the value of responsibility and perseverance and that hard work isn’t to be feared or avoided. After his mission he worked at Del Monte in Franklin, Idaho, where he suggested a new method for handling green beans to ensure quality product. He also worked at Del Monte Can Plant in Smithfield, Utah, where he created a mold that economized the making of tin cans.

After college, Ellis worked at Telemation as an accountant, Clearfield Job Corps Center as Comptroller, and Meridian Publishing and Printing as CFO. He returned to Clearfield Job Corps Center, in an educational capacity. He achieved his professional goal by becoming the Center Director at Brunswick Job Corps Center in Georgia. After retiring, Ellis was invited by a former colleague to be a consultant and advisor to leadership in the Job Corps Centers run the by the Bureau of Reclamation and Forest Service. This position allowed him to explore and photograph historical sites across this great country.

Ellis was passionate about his hobbies. He loved to bicycle and challenge himself to many long-distance rides. His favorite was when he rode the length of Utah from the Idaho border to the Arizona border with his brothers, Mark and Robert. He often supported multiple sclerosis by riding in the annual MS 150.

He loved photography and dove deep into the technical details of every shot. He was trusted by many family members to capture wedding memories of one of the best days of their lives.

Ellis taught himself woodworking and his aptitude for details led him to become a maker of fine furniture. He would putter and ponder in his highly organized makeshift shop for hours, until he got the cuts and angles just right. He sometimes created his own tools to achieve the results he wanted. The heirloom quality furniture he created will be treasured for generations to come.

Interment at the Weston Cemetery

In lieu of flowers, the family has requested donations be made to the charity of your choosing.