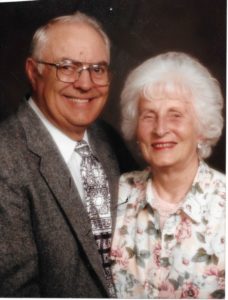 Dennis served the Church of Jesus Christ of Latter-day Saints in several capacities, including Bishop of the Baker 2nd Ward, as a temple worker and sealer in the Seattle Washington, Boise Idaho, London England and the Ogden Utah Temples.

He served his community as Baker County Clerk and Recorder for 14 years and as Baker County Judge for 8 years. He served in both theatres of war, Germany and Japan, during World War II and for 19 years in the Oregon National Guard, retiring as a Sgt. Major. He was a life-time member and a Past Commander of Post 3048 VFW. During that time he became State President of the Oregon Clerks and Recorders, President of the Association of Oregon Counties, served a two-year term on the Oregon State Welfare Commission and a two-year term on the Oregon State Land Conservation and Development Commission. He and his wife, Betty, loved to travel having visited all 50 states and several foreign countries. He loved sports. He played football a Union High School and for the Ft. Douglas Army team. After he retired he became a volunteer assistant coach with his son’s girls’ softball team in Brigham City, Utah, helping the team to five Utah State Championships. He was a member of the BYU Cougar Club, and a devoted BYU sports fan. He refereed and umpired many high school football, basketball and baseball games in Eastern Oregon. He also enjoyed playing golf in his later years.