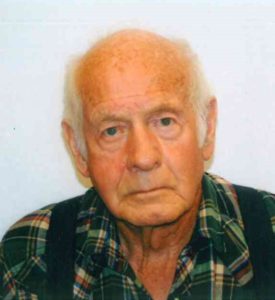 DeLar Beebe Cheney passed away September 12, 2020 in Providence, Utah after a long battle with ALS (Lou Gehrig’s Disease). He was 85 years old.

He graduated from South Cache High school in Hyrum, Utah in 1955. His best friend was Garth Baxter who became his life long friend.

He studied Forestry and Science at Utah State University.

DeLar married LaDawn Clark Cheney of Logan on March 16, 1956 in the Logan Temple. They had 5 children.

DeLar was a loving and gentle man, full of adventure and looking for the next mountain to climb. (He always said he ate a mountain a day). He had many fun hobbies his whole life, from building his own saw mill in the backyard, going to the mountains to cut down trees for the sawmill, raising horses, and other animals, which also included bee keeping.

DeLar worked for the Forest Service in Jackson Hole Wyoming and Department of Agriculture at Utah State University.

He was a member of the Photography and Ham Radio Clubs in Montpelier, Idaho in his later years after retirement. He was a great example to all. He taught us to love the outdoors, backpacking, high mountain wildflowers, and the name of every plant in the mountains. He was an example of purity and honesty, hard work and humility, unconditional love and forgiveness. All these Christ like attributes seem so easy for him. He found peace with his family and getting lost in the mountains.

His love of the lord was undeniable by those who knew him. He left behind many memories with those he loved. Those memories will be cherished for years to come.

After the death of his wife, LaDawn, he married Diana Lewis Williams of Montpelier, Idaho on September 29, 2006 in the Logan Temple.

Graveside service will be Thursday, September 17, 2020 at 11:00am in the Dingle Cemetery, Cemetery Road, Dingle, Idaho.