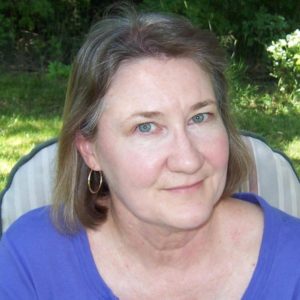 Darla Kay Head Pettigrew passed on the morning of August 30, 2020, at the age of 66 after a long struggle with Alzheimers disease.

She was born in Eugene, Oregon on March 1, 1954. She was raised in Orland, California by her parents, Merlyn and Jean Head.

She moved to Franklin, Idaho, and attended Utah State University, where she met Karl. They were later married in Logan, Utah in 1988 and had two beautiful intelligent daughters, Molly and Kayla.

Darla worked as a bartender, accountant, a sales assistant at RR Donnelley and as a technician at TTM Technologies.

Darla was a fierce advocate for women and women’s rights. She raised her daughters to be strong independent women and to be politically active.

Darla was also an avid animal lover. She rescued many cats, dogs and saved countless birds and ducks.

Darla will be greatly missed but she is finally at peace after her long, hard struggle with Alzheimers. We love you, Darla.

We would like to thank Gabie, Kimberly, Tanya, and Julie from Intermountain Hospice. They made Darla’s and our lives much easier. Thanks to Dr. Chambers.

We plan on having a celebration of life for Darla in the future when the world isn’t so crazy.

A special thanks to Carol Pace, our cousin, for helping with Darla.