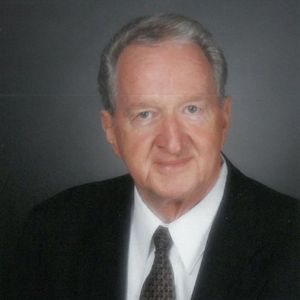 He married Kathryn Peterson, his high school sweetheart, in the Logan Utah Temple of the Church of Jesus Christ of Latter-day Saints on July 1, 1948.

He lived in Utah until his graduation from Utah State University in June 1951 and entered the United States Army as a second lieutenant, serving as a forward observer with the infantry during the Korean War.

He received an MBA degree in 1959 at the Wharton School of Finance and Commerce at the University of Pennsylvania. He was a CPA (Certified Public Accountant). He also graduated from the Military Joint Chief of Staff’s Industrial College of the Armed Forces (ICAF) in 1970.

Ray continue serving his country for 21 years, retiring with the rank of Colonel. He had duty in Korea, Germany, and several stations in the United States, including three tours of duty in the Pentagon. He received many awards, medals and citations for his leadership and service including the Bronze Star. He retired from the Army in 1972 and accepted a position with USAA (United Services Automobile Association) retiring in 1994 as the Chief Financial Officer.

He was active in the community, serving as a charter member of the Alamo Bowl Board and as the treasurer for 10 years; and was active in the Alamo Council of the Boy Scouts of America, President of the University Hospital Development Board; and served as chairman to review the San Antonio city budget during Lyla Cockrell’s term as mayor.

He was preceded in death by his first wife, Kathryn Peterson Otte in 1998, their daughter Kathy Rae Otte Trowbridge and her husband Barry Trowbridge in 2019. He is survived by his wife Sonya Odell Shipman (San Antonio), and three surviving children, 13 grandchildren and 15 great-grandchildren:

In lieu of flowers, plants or meals, you are invited to make a donation to the San Antonio Food Bank in memory of A. Ray Otte, www.safoodbank.org, 210.337.3663.

The immediate family had a private interment at Fort Sam Houston National Cemetery on July 21, 2020.

Condolences and memories may be shared with the family at Porter Loring Mortuaries.