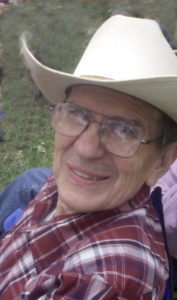 Cecil L. Richens of Fresno, California passed away on Tuesday, August 15, 2020 at his home.

He was born October 10, 1937 in Roosevelt, Utah the son of William Lenar Richens and Dena Cope Richens.

Cecil married Leona Ruth Gledhill on November 6, 1959, and they were sealed in the Logan LDS Temple. Cecil and Leona moved to Fresno in 1971 with their 2 daughters, Leisel and Rebecca.

Cecil worked as a Tax Examiner for the IRS.

Cecil was a member of the LDS Church, and attended the Kings Canyon Ward (formerly Fresno 1st Ward).

Cecil lived a full, positive and eventful life. He impacted many people by just being his genuine self.

Forever in Our Hearts. “God Be With You Till We Meet Again”

Cecil will be laid to rest in Ogden, Utah following a funeral service. Interment will be at Myers Evergreen Memorial Park, 100 Monroe Blvd., Ogden, Utah.